The dam of Flower Alley, Princess Olivia, is by Lycius whose dam is a daughter of Lyphard.

Deep Impact is from the same female line as Right Approach, who has several daughters out of Elliodor mares.

Flower Alley’s damsire Lycius is a full brother to the mare Sit Akul, who was imported to South Africa in 2002. She produced a single foal here, Gr1 placed Gr1 winner Eddington (MR 111), by Model Man – son of Elliodor.

Also from the female line of Flower Alley is stallion Kefaah (Blushing Groom), whose dam is a half sister to Lyphard and full sister to Gr1 winner Nobiliary.

This apparent affinity for La Troienne (in Flower Alley present through Sadler’s Wells’ damsire Bold Reason) is emphasised in I’ll Have Another whose dam has a double of Bold Reason’s half brother Never Bend and whose damsire Pleasant Tap is from the La Troienne female line.

The close resemblance of performance at stud of Distorted Humor and Trippi makes the latter’s daughters interesting options for Flower Alley.

by highest winning distance of 3yo and up (the higher the count, the more reliable the %)

The Power Of Ratings

Click on the SIRES 2020 image to see the publication in its original print-format. Use the book and this website together to help you get the most out of your breeding research. 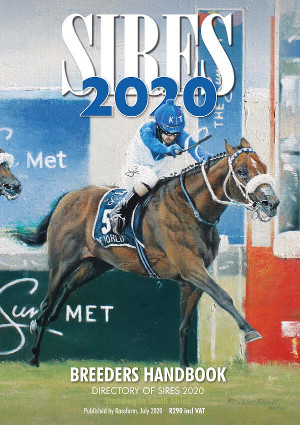