Unraced due to a nasal injury as a yearling

Sire of Gr1 winners of both sexes.

KIN-BREEDING: with Timeform 124 the highest rated son of Champion Sire Silvano.
A large proportion of Silvano’s best runners show kin-links with descendants of Buckpasser (and his female line).
Buckpasser is notable in Al Mufti (and sons Captain Al, Victory Moon), National Assembly (damsire of Vercingetorix; sire of National Emblem, who is close kin to the dam of Vercingetorix), Complete Warrior (with Al Mufti in Captain Al), etc. – a trend also notable in Vercingetorix’ best runners.

The female line of Vercingetorix has an exceptional record with lines of Persian Wonder and Lords, suggesting an affinity with Court Martial/Fair Trial-clan members, which are widespread, and include Elliodor, Dominion Royale, Field Master, Drum Beat, etc.

Vercingetorix’ best runners show a similar affinity as his sire Silvano: to Buckpasser and his female line, or to elements of Fair Trial, which are widespread in the SA mare population.

From the Buckpasser camp
- Al Mufti (Captain Al, Victory Moon, and other sons and daughters) and others with Lassie Dear (AP Indy, Wolfhound, Tiger Ridge, Duke Of Marmalade, etc),
- Plugged Nickle (dam by Buckpasser is 3-part sister to Lassie Dear),
- National Assembly (National Emblem, who is close kin to dam of Vercingetorix, with sons Announce & Sarge, both with double Buckpasser, plus Roberto),
- Complete Warrior, Caesour, etc.

First Arrival is from the Party Time family, where notable sire lines include (among others) Dancing Champ, Elliodor, Goldmark, Over The Air.

Click on the button(s) below to view the pdf.

Click on the SIRES 2021 image to see the publication in its original print-format. Use the book and this website together to help you get the most out of your breeding research. 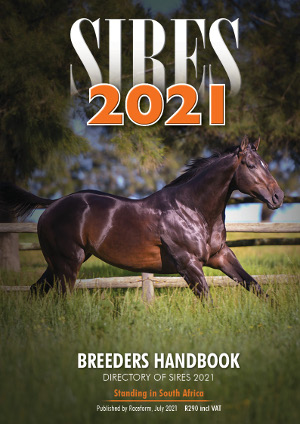